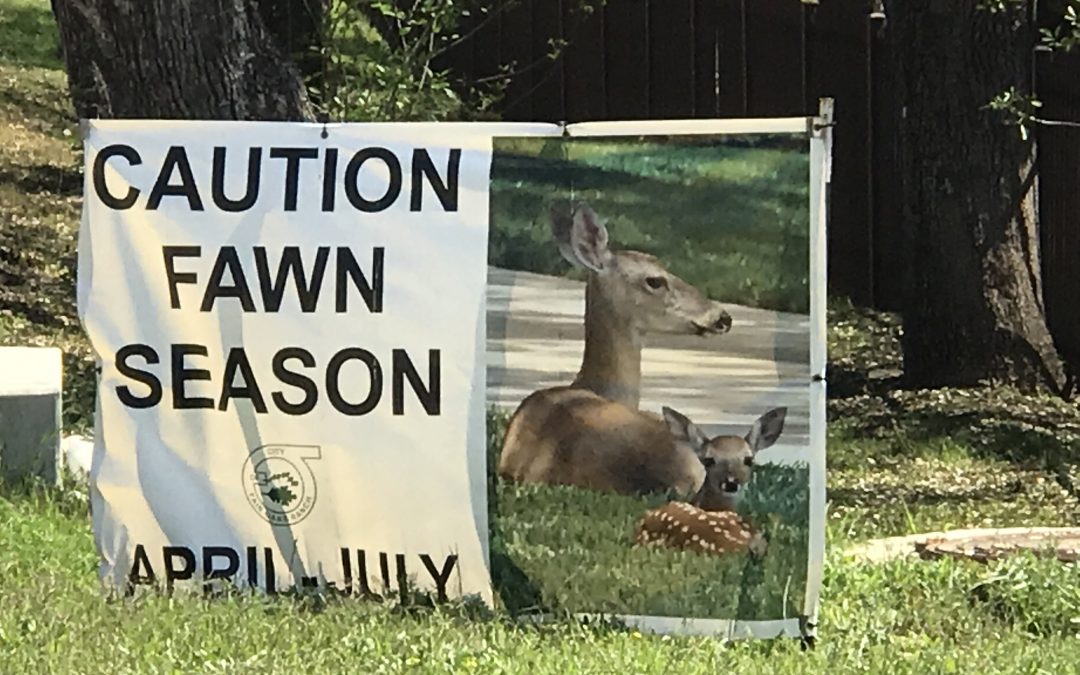 Spring in the Texas Hill Country is probably the most beautiful season. Wild flowers are blooming, everything is green and new, the air still has a crispness to it, and baby animals are everywhere. Because white tail deer are so abundant in Fair Oaks Ranch, fawns are also abundant during the spring. There are several things to know about white tail fawns to keep the deer safe and healthy.

Fawn season can begin as early as April in South Texas, but most fawns are born from May through July. Does can have multiple fawns, especially when the fall and winter seasons have been favorable and food and water are abundant. 2018 was especially good for the deer with abundant rain during the summer that provided ample food and water during the fall and winter. This means that many Hill Country white tail does will have multiple births, with some having as many as three fawns.

If you find one or more fawns on your property, please don’t approach them and leave them undisturbed. According to Texas Parks and Wildlife, “fawns are often left alone for hours at a time while the mother feeds” nearby. The fawns’ natural instincts will take over and they will avoid movement and lay motionless on the ground to avoid attracting predators. “Like most animals, white tail mothers do not abandon healthy offspring.”

There are several things homeowners can do to ensure that deer live in harmony with their natural environment, in which we now live. First, do not feed the deer. This can cause more births than the natural environment can support and suffering and starvation for the increased population. Second, be alert when driving and constantly watch for deer, especially at dawn and dusk when deer are more active. Does and fawns travel in herds, and if you see one, there are probably several more that you don’t see. Lastly, if you see a fawn by itself, do not approach it and do not “rescue” it. Also, it is a good idea to check your yard before letting your dog outside to make sure no fawns are hiding there. We can all do our part to ensure that the wildlife, that was here long before we were, can continue to thrive in a safe and healthy environment. 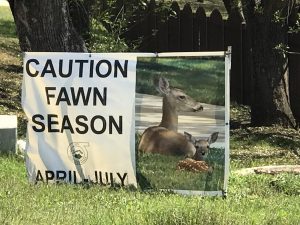 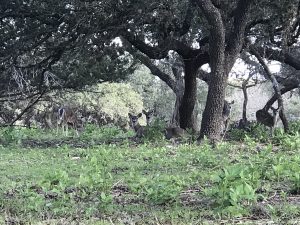